CUPE locals are all obligated to follow the CUPE National Constitution. This document can only be changed with a 2/3+ majority vote at a biennial CUPE National Convention. The most recent Convention was held in Vancouver in 2015.

To read more about the CUPE National Constitution, click here. 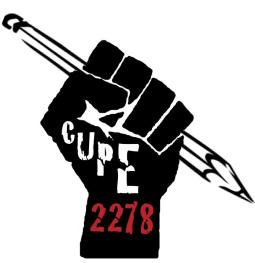 The Local bylaws provide the rules for the day to day functioning of local 2278. These bylaws were most recently updated and ratified by CUPE National and CUPE Local 2278 in 2015.

Meetings, Rules of Order, and Minutes

Wherever possible, Local 2278 operates by consensus, especially at the Executive Level. Component I Executive meetings typically have rotating Chairs and Minute Takers. Agendas are typically set by the Local President in consultation with Executive members and Staff prior to meetings and are ideally circulated a day or two in advance, typically by email. Agendas can also be amended at the meeting by anyone present with voice and/or vote. Where contentious debate makes clear rules of order necessary, Robert’s Rules of Order apply and a simple majority vote is deemed sufficient for decision-making purposes, though consensus and compromise are the ultimate goals of the Executive. Particularly contentious issues without a clear path forward will be brought to the membership for review and/or vote.

Visit the Facebook page for the TA Union at UNBC

Visit the Facebook page for the TA Union at UNBC